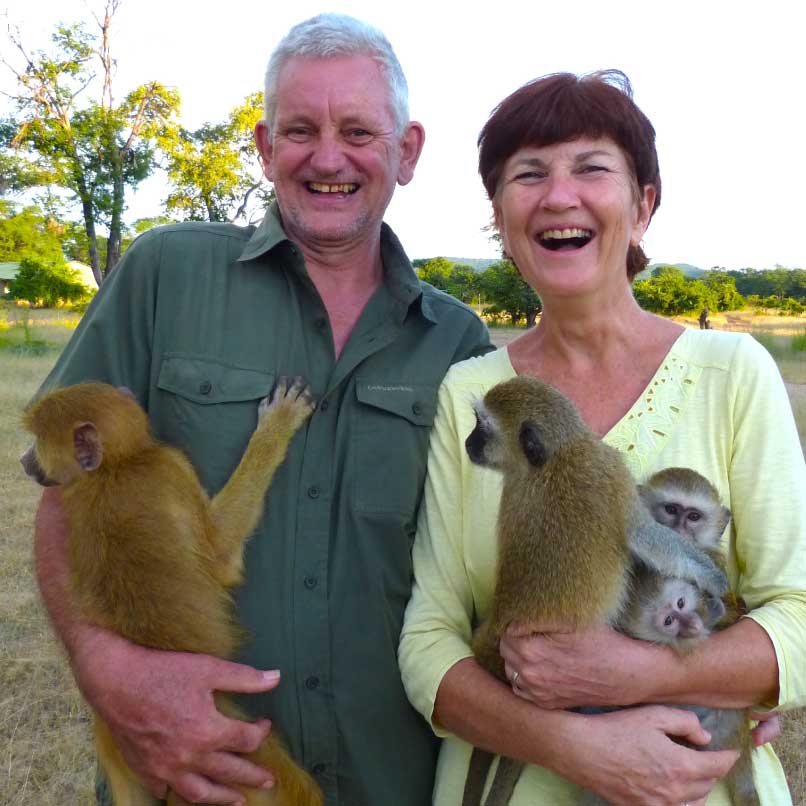 Chipembele was established Anna and Steve Tolan, who emigrated from England to Zambia in 1998 to fulfil their dream of running a conservation education programme for Zambian youth.  Back in 1998 when Steve and Anna first arrived in Mfuwe, they were fortunate enough to be given some land by the late Chief Kakumbi on which to build the Centre. They established a Zambian charitable trust and used all their personal savings to finance it. Chipembele Wildlife Education Centre opened in May 2001. From there the project grew to encompass a range of other conservation and community projects. An office extension and manager’s house were built in the grounds of the local secondary school in early 2010.

Steve and Anna Tolan were married in 1983 and lived in Oxford, England until they emigrated in 1998. Before moving to Zambia they were both Police Officers with the Thames Valley Police but in their private lives Africa was their passion. They went on African safaris, bought old African tribal artifacts, read African wildlife and travel books and watched and recorded every African wildlife video that appeared on the television. Steve retired from the Police in 1998 after 27 years service and Anna resigned at the same time after 17 years service. They then moved to Zambia to set up their lifetime dream of establishing a conservation education programme for local children in a wildlife-community conflict area.

Anna has a B.Sc. in Environmental Science from the 1970s and is pleased to be at long last able to put her life long interest to good use. She has developed her interest in and love of animals by rearing orphaned wild animals that are brought to her from all over the area. She runs a Pupil Sponsorship Scheme for orphaned and otherwise vulnerable children who are unable to find the fees and uniform necessary to attend school or pursue tertiary education. She has also managed a large number of school improvement projects using donated funds. She is the founder and co-ordinator of the Luangwa Schools Project Forum.

Steve is is the Senior Honorary Wildlife Police Officer for the Mfuwe area. He is actively involved in anti-poaching and forest protection operations, working with both the Department of National Parks and Wildlife and Conservation South Luangwa (CSL). Steve’s particular interest is researching fossils, old pottery, stone tools etc. in the area. He has made a number of important discoveries and has inspired and facilitated a number of international paleontological expeditions which the Zambia Heritage Department has participated in. They are Consular Wardens for the British High Commission.

The Luangwa Valley is their permanent home and all the projects they now run have become an integral part of their lives. 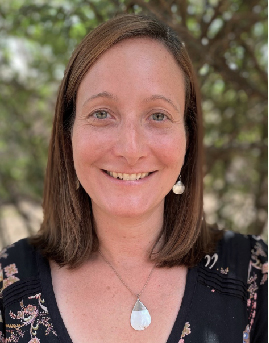 Olivia is the Chief Executive Officer (CEO) of Chipembele, a newly created position in 2021.

Olivia is from the UK, and has extensive experience of managing conservation NGOs and working in remote, rural environments in both Africa and Asia. She brings a range of skills, qualifications and personal attributes that are perfectly suited to the CEO position and to the leadership of the organisation. Her background in project management has always been coupled with a passion for conservation, which was confirmed after working on a marine project in Borneo and since then has been reinforced by managing community-led forest-based conservation projects in Cameroon, Madagascar, DRC and Lao PDR. She deeply believes in the importance of education to make effective long-term changes.

Olivia thoroughly enjoys engaging with local communities and during her PhD spent time developing and running various education programs including workshops in primary schools. Olivia is really pleased to be part of such a dedicated and motivated team of educators making a strong impact in the South Luangwa communities.

Olivia is based at the Chipembele Offices in the grounds of the Mfuwe Day Secondary School. Her day to day work involves oversight of Chipembele’s main conservation and community education projects and programmes, fundraising, financial and team management. Olivia is supervised by the Board of Trustees. 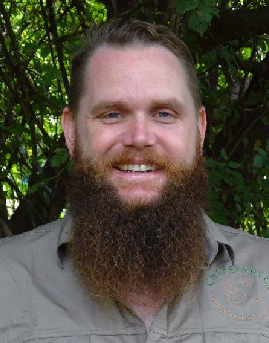 Corey has been with Chipembele since 2018 in the Conservation Education Manager role. Starting in Australia in 2003 where he was a Park Ranger, his career has spanned 6 countries and 3 continents. Travel has always been an important part of Corey’s life and when he first stepped foot on African soil back in 2007 he instantly fell in love with the continent. He later returned living and studying zoology in Ghana and conducting an adventure motorcycle ride across Africa (Ghana to South Africa) raising money for rangers and the families of rangers who have fallen in the field, titled ‘Ride for Rangers’. He finally made a permanent move to Africa in 2013 and started working with the International Anti-Poaching Foundation in South Africa and Zimbabwe. Corey continued his studies undertaking a Master’s of Science (Conservation Biology) at the University of Cape Town (UCT). After Graduating from UCT, he worked on a few different research projects before being selected for the Conservation Education Manager position at Chipembele. Corey is passionate about helping to develop local talent into future conservation leaders.

Corey is based at the Chipembele Offices in the grounds of the Mfuwe Day Secondary School. His day to day work involves managing the Conservation Education Outreach Programme. This includes planning and developing the conservation education programmes at 19 local schools, hands-on teaching and facilitation of activities, administering finances and reports, and providing leadership and guidance to the staff. He also runs the Aspiring Conservation Leaders (ACL) programme, preparing high school graduates for careers in conservation 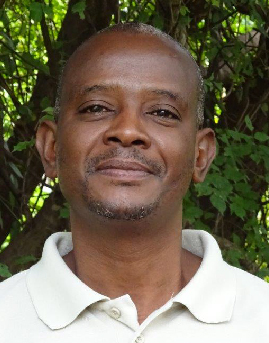 Purity joined Chipembele in 2022 in a newly created role of Student Support Officer. She has a BA in English Language and curriculum development from the University of Zambia, and experience of working with NGOs and schools in the areas of student sponsorship, gender, guidance counselling, mentoring and teaching. She is based at the main Chipembele Office in the grounds of Mfuwe Secondary School.

Purity is in charge of managing and expanding our student sponsorship programme and developing a new gender equality programme, in addition to providing career advice and mentoring our students. 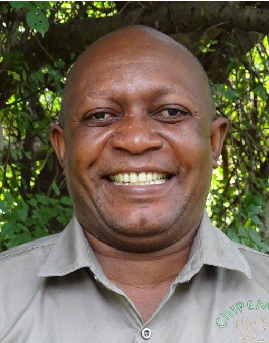 Accounts Officer and IT Teacher

Japhet holds a certificate in Computers, and a certificate in Teaching Methodology. He was a 4th year undergrad in a BSc in Production Management. He has previously taught computing at Chipata Trades Institute and worked for 4 years in office administration at Tribal Textiles. His interests include running, listening to music and playing and watching football (soccer).

Japhet joined the Chipembele team in 2011. His main duties are to manage the accounts under the CEO’s oversight and to provide computer classes to Conservation Club members from Grades 6 to Grade 12 every afternoon of the school week and in the school holidays. The classes take students through the basics of computing using Word, Excel, Powerpoint and the Internet.

The Conservation Education Outreach programme increased from 6 to 17 schools in 2016 and now reaches 20 different schools. Four Community Conservation Educators were recruited from the communities of four geographic zones in the greater Mfuwe area.

The Conservation Educators teach conservation education to local community groups in the mornings and to children in each of the schools in their geographic zones 4 days a week. They travel everywhere on bicycles and carry their supplies and resources with them. Every Friday they report to the Chipembele Offices for training, lesson planning and report writing. They also assist in facilitating the Nature Nights programme, excursions and environmental campaigns. 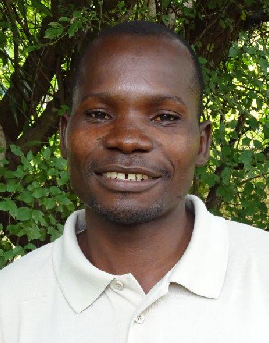 Anderson has been engaged as the Community Conservation Educator for Mnkhanya zone. Anderson brings to the team a wealth of practical conservation experience including several years as a lead conservation farmer teaching farming techniques to his community. Anderson also taught for 5 years at a local school. We look forward to utilising Anderson’s skills and experience to further teach the community and schoolchildren in his area about conservation. 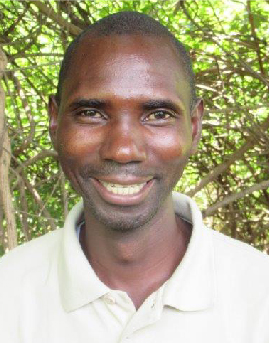 Daniel worked as an untrained voluntary teacher at two local schools in his area. He was a member of the Mnkhanya Community Resources Board and worked as a village scout for them as well. He has been with Chipembele since 2016 as a conservation educator and in his time he has seen big positive changes in his community in regards to how they interact with wildlife. 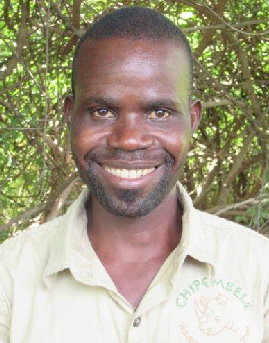 John worked as a volunteer untrained teacher for seven years at two local primary schools in his area and was involved in the Chongololo Clubs (junior conservation clubs). He was once the Natural Resource Chair for Nsefu Community Resources Board. He holds a certificate (level 2) in safari guiding. 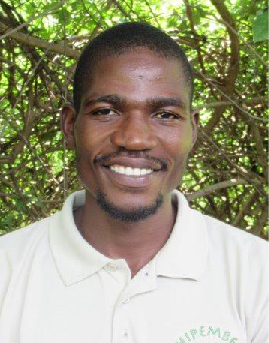 Stanley has taken up the position of Community Conservation Educator for Mfuwe Central zone. He was one of Chipembele’s sponsored students many years ago and has previously volunteered as an Assistant Environmental Educator and as an Admin Assistant, so Chipembele was very familiar to him and he has glided into the position with ease since he started in early 2021! Stan brings an eagerness to learn and a new energy to the conservation team.

We use cookies on our website to give you the most relevant experience by remembering your preferences and repeat visits. By clicking “Accept All”, you consent to the use of ALL the cookies. However, you may visit "Cookie Settings" to provide a controlled consent.
Cookie SettingsAccept All
Manage consent

This website uses cookies to improve your experience while you navigate through the website. Out of these, the cookies that are categorized as necessary are stored on your browser as they are essential for the working of basic functionalities of the website. We also use third-party cookies that help us analyze and understand how you use this website. These cookies will be stored in your browser only with your consent. You also have the option to opt-out of these cookies. But opting out of some of these cookies may affect your browsing experience.
Necessary Always Enabled
Necessary cookies are absolutely essential for the website to function properly. These cookies ensure basic functionalities and security features of the website, anonymously.
Functional
Functional cookies help to perform certain functionalities like sharing the content of the website on social media platforms, collect feedbacks, and other third-party features.
Performance
Performance cookies are used to understand and analyze the key performance indexes of the website which helps in delivering a better user experience for the visitors.
Analytics
Analytical cookies are used to understand how visitors interact with the website. These cookies help provide information on metrics the number of visitors, bounce rate, traffic source, etc.
Advertisement
Advertisement cookies are used to provide visitors with relevant ads and marketing campaigns. These cookies track visitors across websites and collect information to provide customized ads.
Others
Other uncategorized cookies are those that are being analyzed and have not been classified into a category as yet.
SAVE & ACCEPT